You are here: Home / Food Story / CEVAPI (CEVAPCICI) RECIPE & HISTORY – all you need to know!

Cevapi, or Cevapcici, are homemade sausages traditional of the Balkans area. This delicious street food made with mixed meats, is perfect for a party in your garden: tasty and easy to prepare thanks to simple ingredients. Here the recipe and the history of Cevapi! 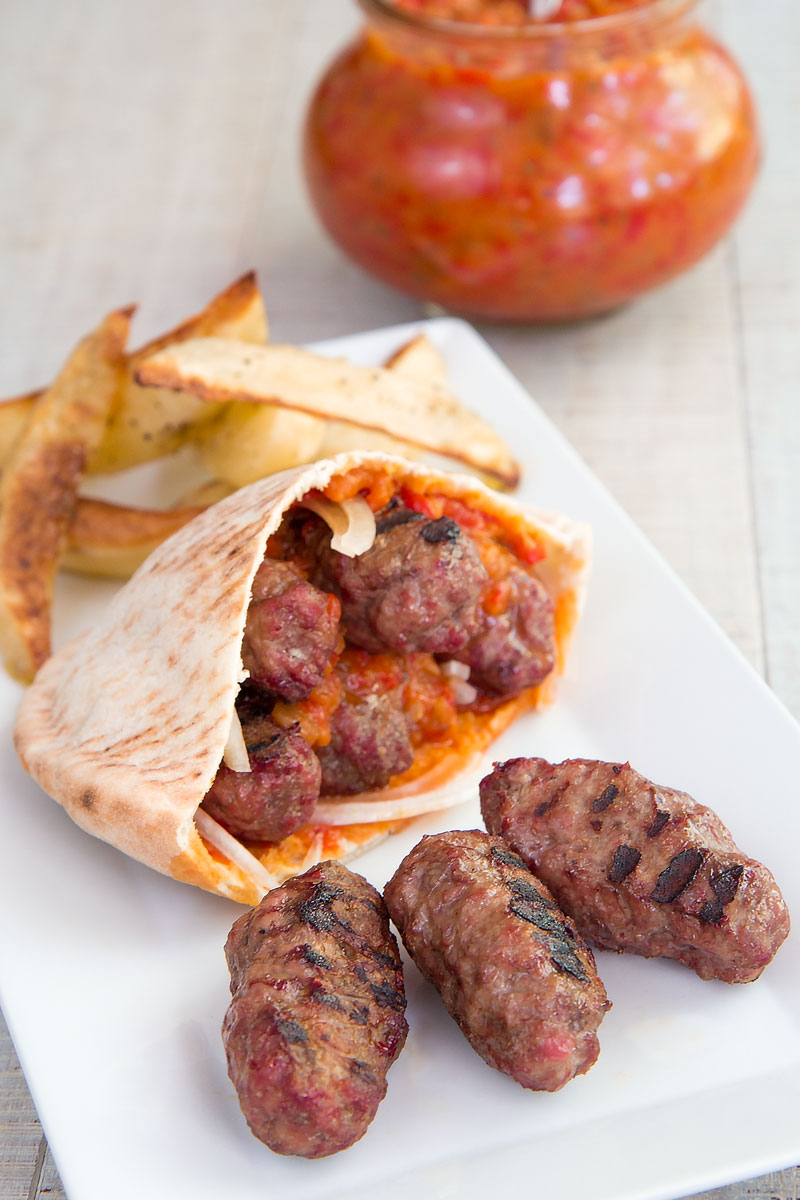 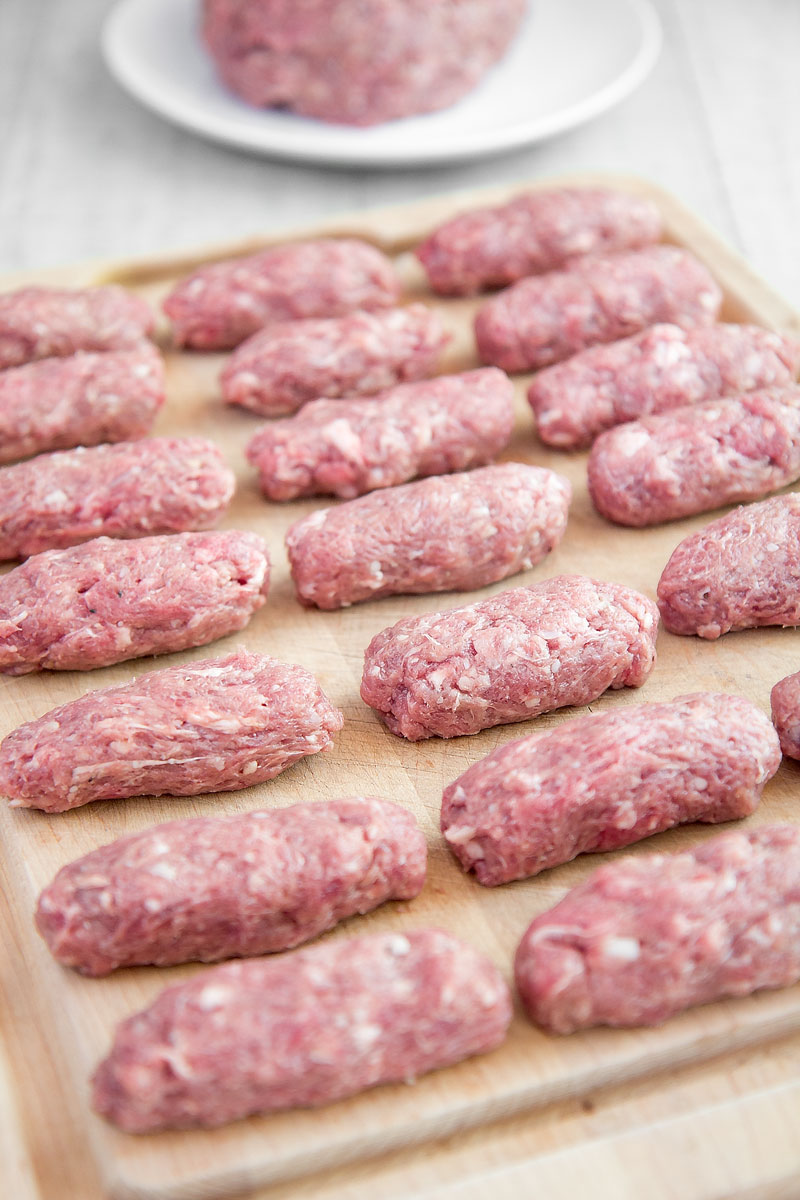 The origin of Cevapi is probably Serbian and relatively recent: dated during the expansion of the Ottoman Empire into the Balkans area (XIX Century).

The term Cevaci derives from the Persian word Kebab. They are also called Cevapcici, that can be translated as Small Kebab. In North Macedonia, they are called Kebapi.

The Serbian Journalist and Novelist Branislav Nušić (1864-1938) affirmed that the Cevapi was an idea of a man called Zivko, owner of a family restaurant in Belgrade. In 1860, Zivko shaped the mixture of the Pljeskavica – the traditional Serbian hamburger – into a Kofta Kebab.

The success of this new recipe had been incredible: tons of persons started to crowing the Zivko’s restaurant asking for Cevaci all day long, even at breakfast!

Ziko’s was originating of the region of Leskovac, the home of another Serbian specialty: the Ajvar (here the recipe). Zivko served the Cevapi with Ajvar for the first time: a pairing that is a classic even nowadays!

The legend says that Cevaci made Zivko rich, and he decided to honor his home city, financing the building of a church.

During the first decades of the XX Century Cevapi crossed the Serbian borders becoming popular in several countries of Balkans and East Europe.

Nowadays, this recipe is considered a National dish in Bosnia and Herzegovina, Romania, and Serbia. 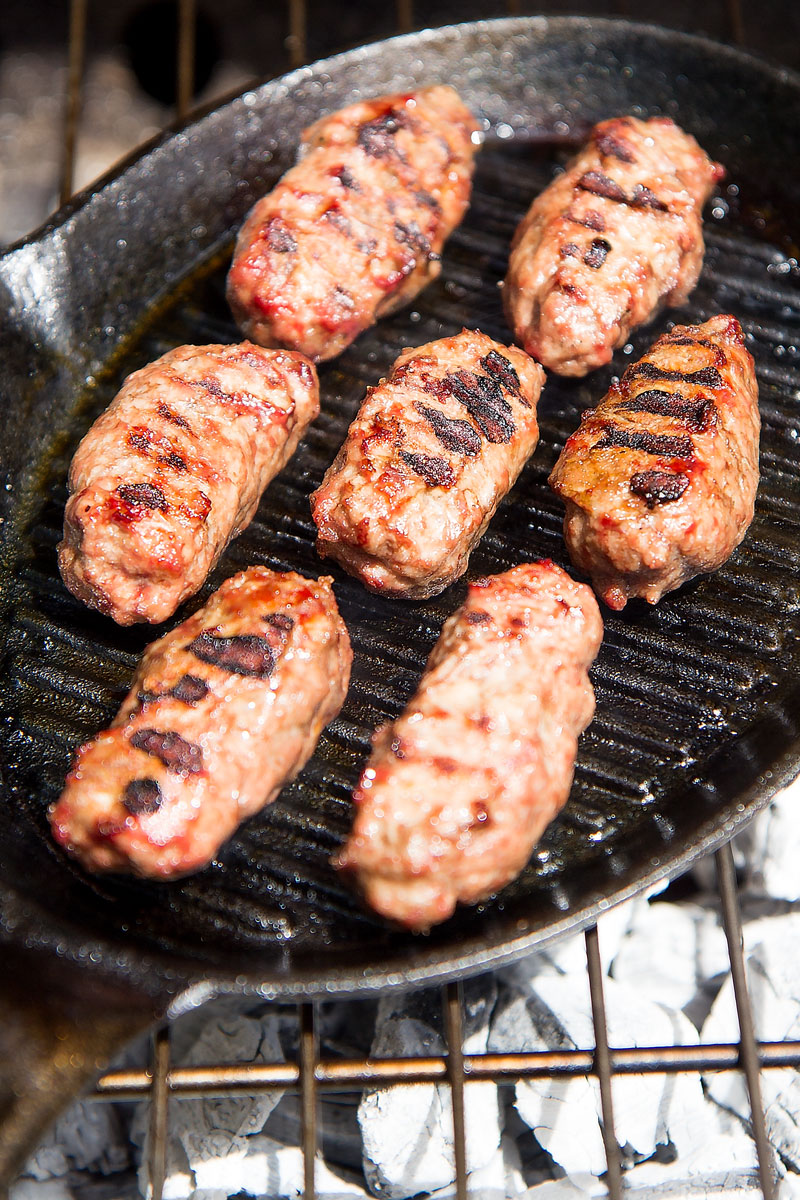 Traditionally, the Cevapi mixture is composed of ground lamb, pork, and beef: all or part of them.

Besides the meat, the most used spice is paprika but is considered an optional ingredient in the original recipe. The baking soda is critical, and give to the mixture more softness.

Another critical step is the rest: once kneaded, let the mixture rest in the fridge at least 4 hours (best 12 hours). 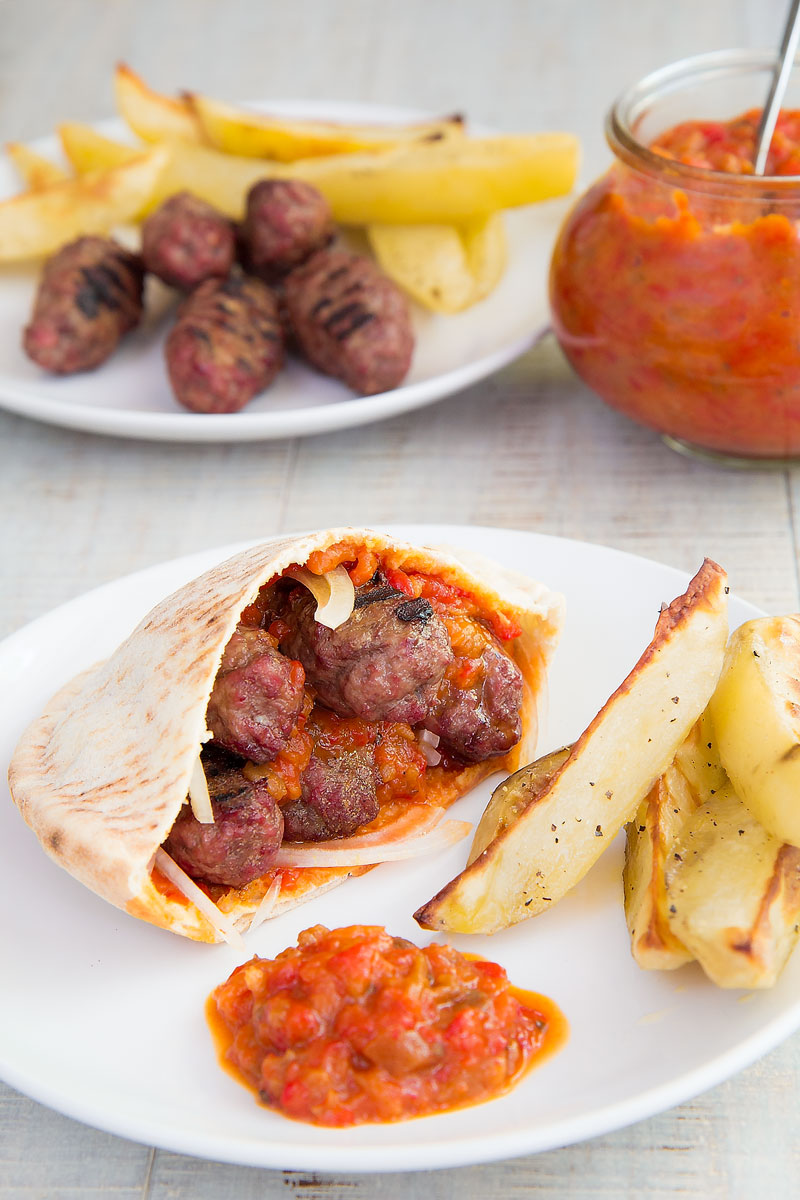 In the countries were it is traditional, Cevapi is a typical street food, often served into flatbread (called Lepinja in Serbia, or Somun in Bosnia), along with the Ajvar, a delicious bell peppers and eggplant relish, and sliced onions.

The Cevapi sandwich is often paired with fried or roasted potatoes.

Another ideal pairing is the Kaymak, a traditional Balkans soft cheese. 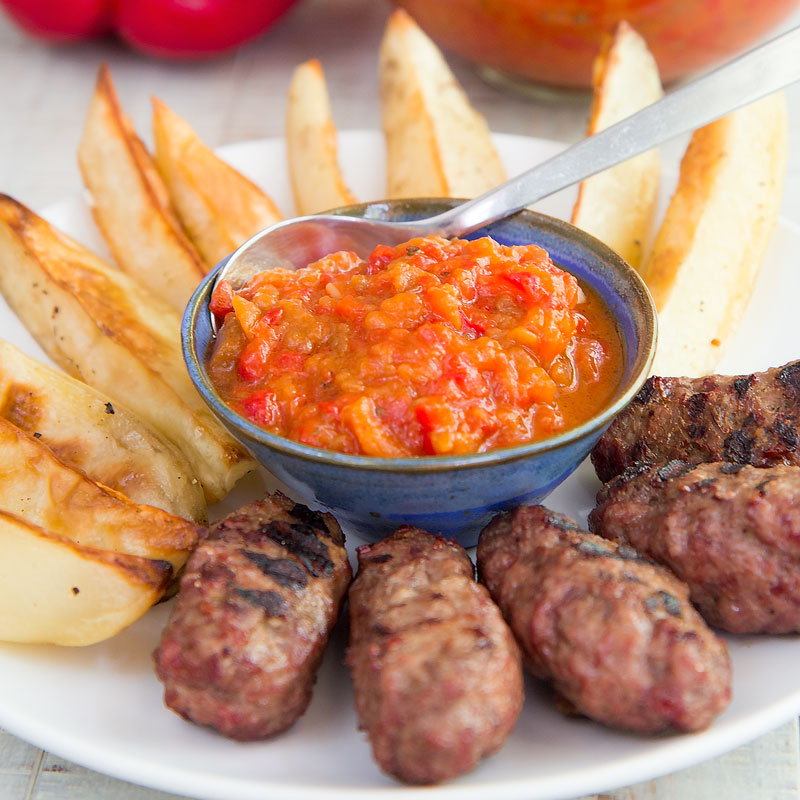 Did you like these recipe? please click here, leave a comment and vote 5 stars!
This simple action help the growth of this blog and make me very happy 🙂 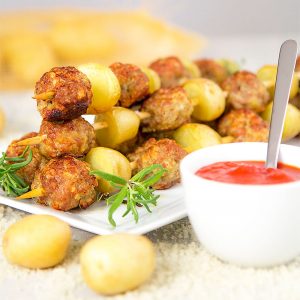