Panelle is one of the most Iconic Sicilian street food recipes! These chickpeas flour fritters are simple to make, rich in history and taste. Panelle are traditionally fried then served into a Sesame roll, a typical scene in the Markets of the city of Palermo! Born as a food for poor people, Pannelle have been conquered the palate of all the social classes: from the poorest to the noblest! Here the traditional recipe and the origin of Panelle! 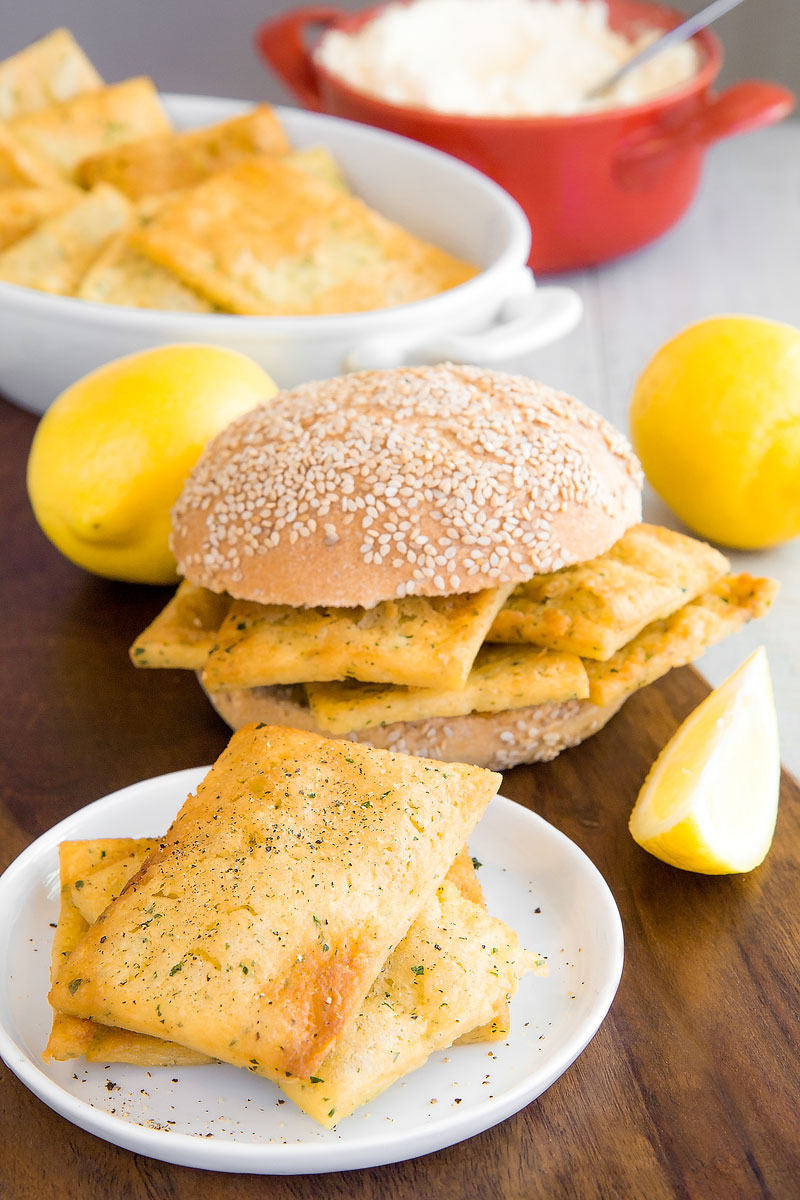 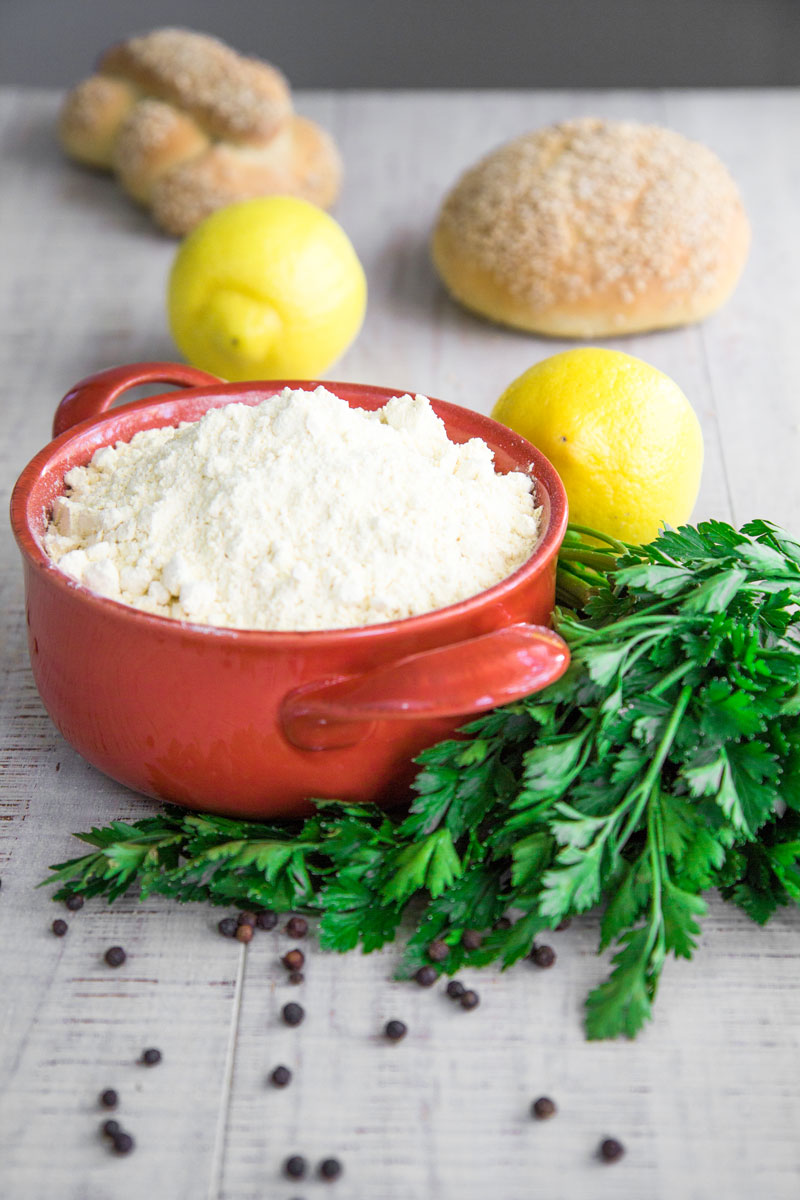 Like several regions of Italy, Sicily is famous for the local street food. The roots of the Sicilian cuisine are various: this incredible Island has been conquered by Greeks, Arabs, French and Spaniards, leaving layers and layers of different traditions that characterize the Sicilian culture, including its cuisine. Wandering around the streets of Catania, or Palermo, or Messina, it’s easy to be wreathed by plenty of exotic and delicious flavors, particularly into the street markets, where several vendors offer different local dishes at anyone who walked by.

Panelle it’s one of these dishes, particularly in the city of Palermo: ancient fritters, influenced by the Arab occupation of Sicily, made with chickpeas flour and parsley. Over the centuries, the Pannellaro that is the informal name of the Panelle’s vendor is a mythical figure able to gather different people: from the poorest to the richest, passing from nobles, countrymen, working class people, intellectuals, thieves, artists, and crooks. All the classes are equal around the big cauldron filled with hot oil were the Panellaro fries the Panelle! 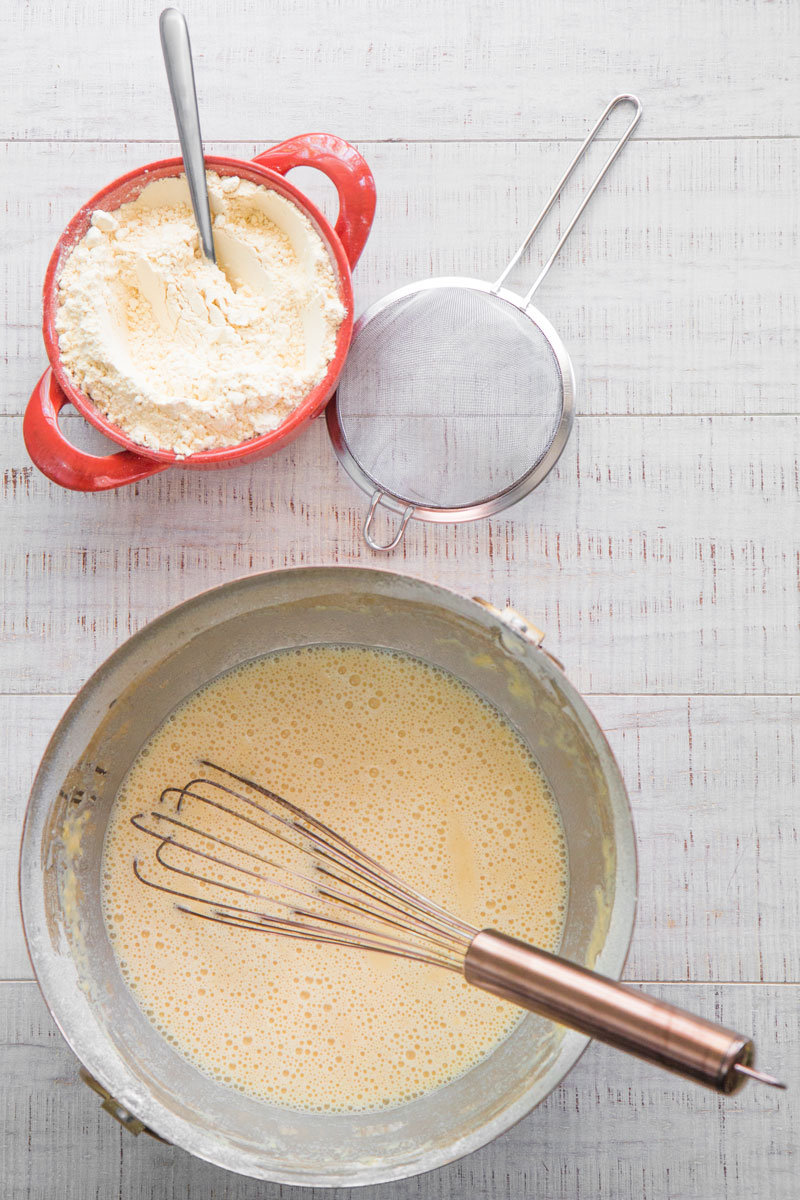 The chickpeas flour is known and used into the Italian cuisine since the Roman Empire times. Likely, the introduction of chickpeas is due to the Greek and Middle East influences. The Ancient Romans used to prepare a mixture of hot water and chickpeas flour: not really appetizing!

In Sicily, the first recipe of chickpeas fritters comes with the occupation of the Arabs, between the IX and the XI Century. The new invaders introduced this fried delicacy, inspired by a Carthaginian recipe.

In a few years, Panelle has become food for the poor people, thanks to the inexpensive ingredients. The Panelle were enriched with parsley and lemon juice, traditional ingredients for seafood, and sold as a fish substitute: the people used to call the fritters Panella fish!

As the years passed, the Panelle has been appreciated more and more by rich people, intellectuals, and nobles. Several famous Sicilian public figures: for instance, the writers Leonardo Sciascia and Luigi Pirandello, or the Painter Renato Guttuso, had a particular taste for Panelle, contributing to spread the popularity of these fritters. 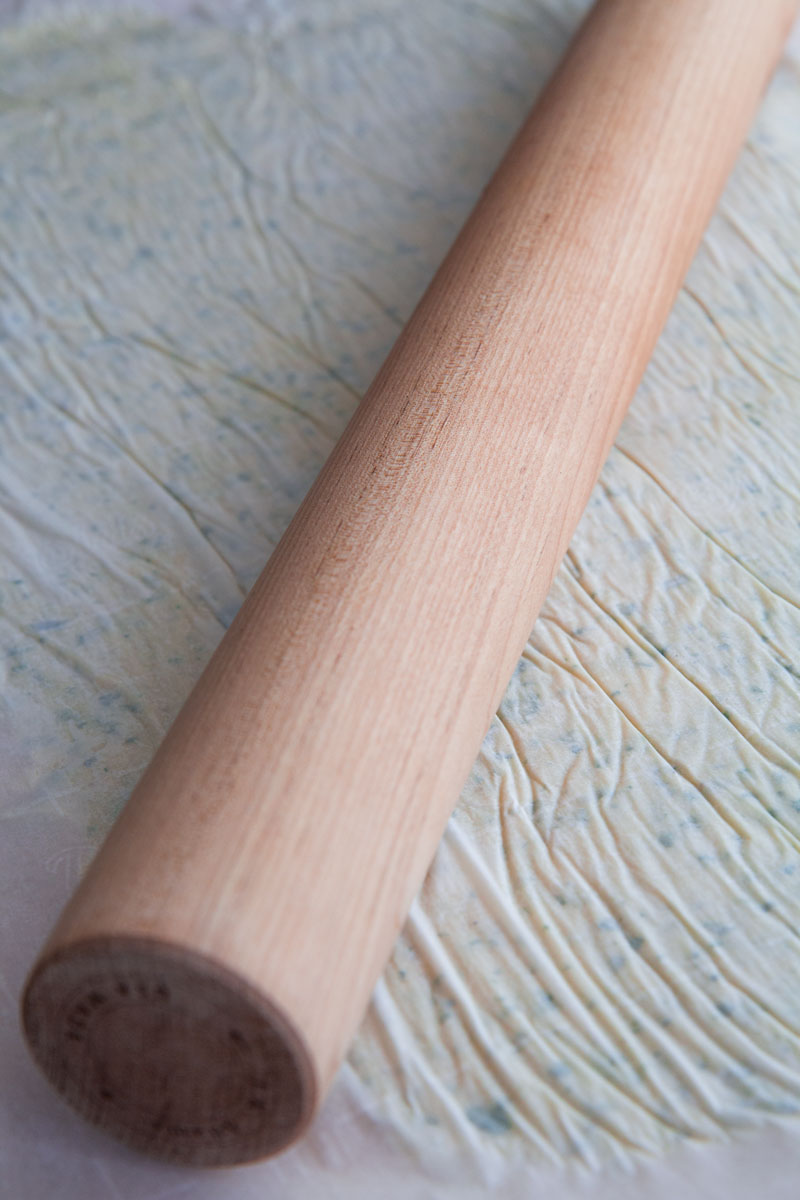 FLOUR AND WATER – In order to avoid any lumps, You want to sift and pour the water at room temperature into a bowl, then add the chickpeas flour, a little at a time, stirring with a whisk. Once combining all the flour with the water, pour the mixture gently into a pot and place over the heat.

SICILIAN BREAD – Bread and Panelle is a classic pairing: in Sicily is common to ask ‘U pani chi Panelli (Bread with Panelle): a typical Sicilian sesame bread roll, called Mafalda or Muffola filled with some Panelle fritters.

HERBS AND LEMON – As I said, the Panelle mixture is traditionally enriched with minced parsley, then seasoned with a sprinkle of lemon juice; this to recall the typical seafood ingredients, and equilibrate the fat taste of the fritters.

SPREADING PANELLE – The Panelle are professionally prepared spreading the right amount of hot dough over molds shaped like a brick. Once the mixture goes cold down, the Panelle are detached and fried. To prepare the Panelle at home, the best way is to pour the mixture still hot over a board, cover with parchment paper, and immediately spread it with a rolling pin until about 1/4 inch thick. You want to work quickly: once the dough cools down, it will be barely impossible to work. 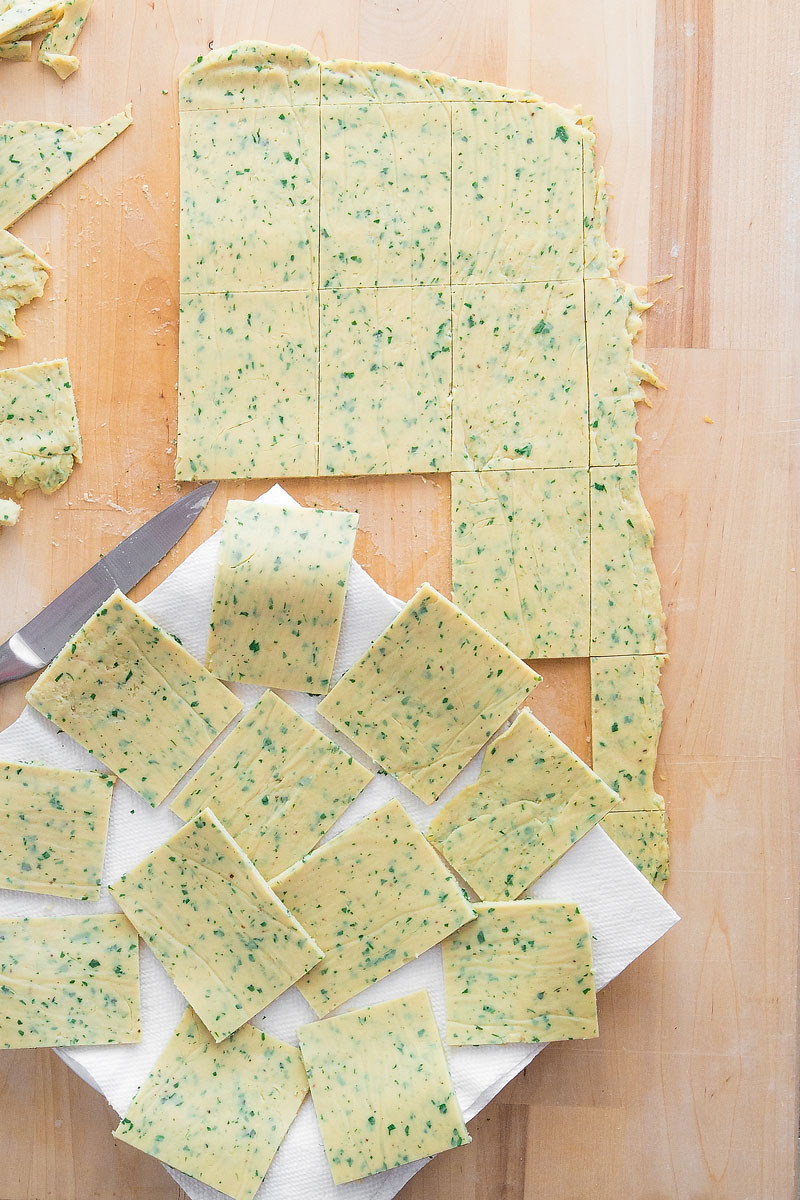 SFINCIONE: SICILIAN PIZZA RECIPE & HISTORY – all you need to know! 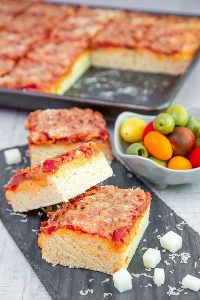 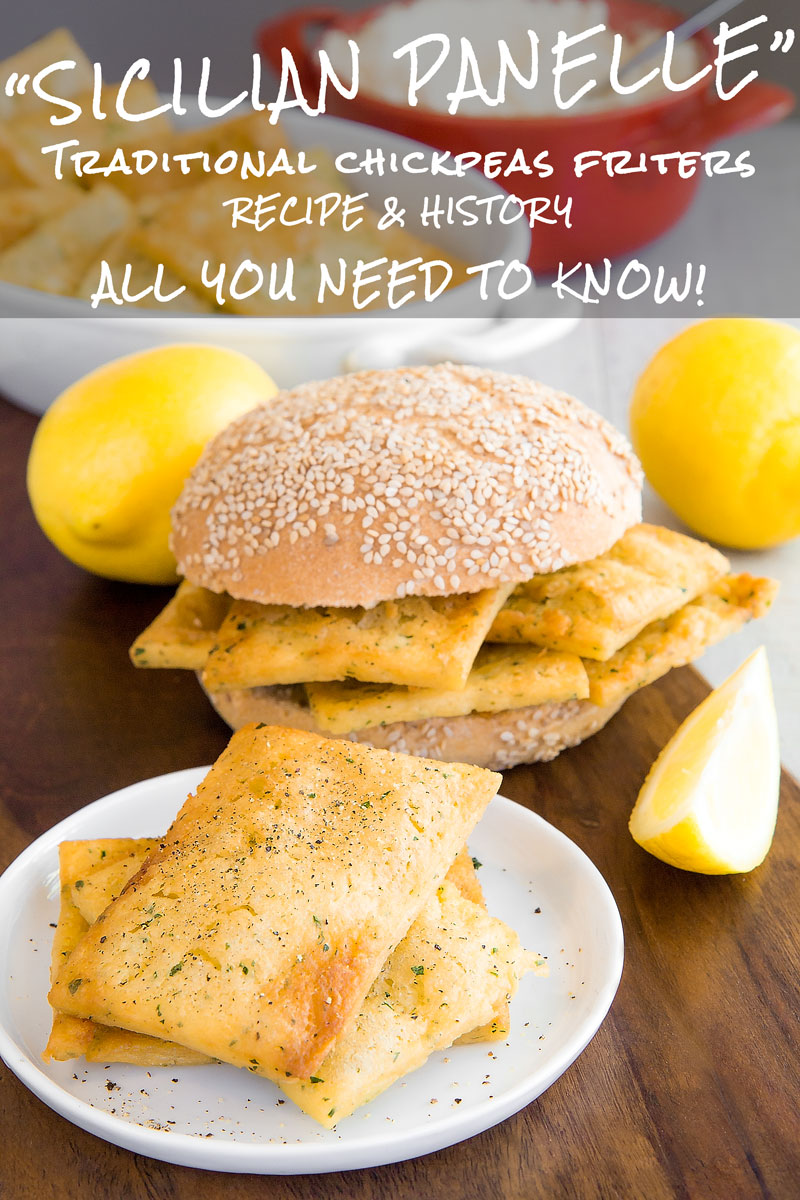